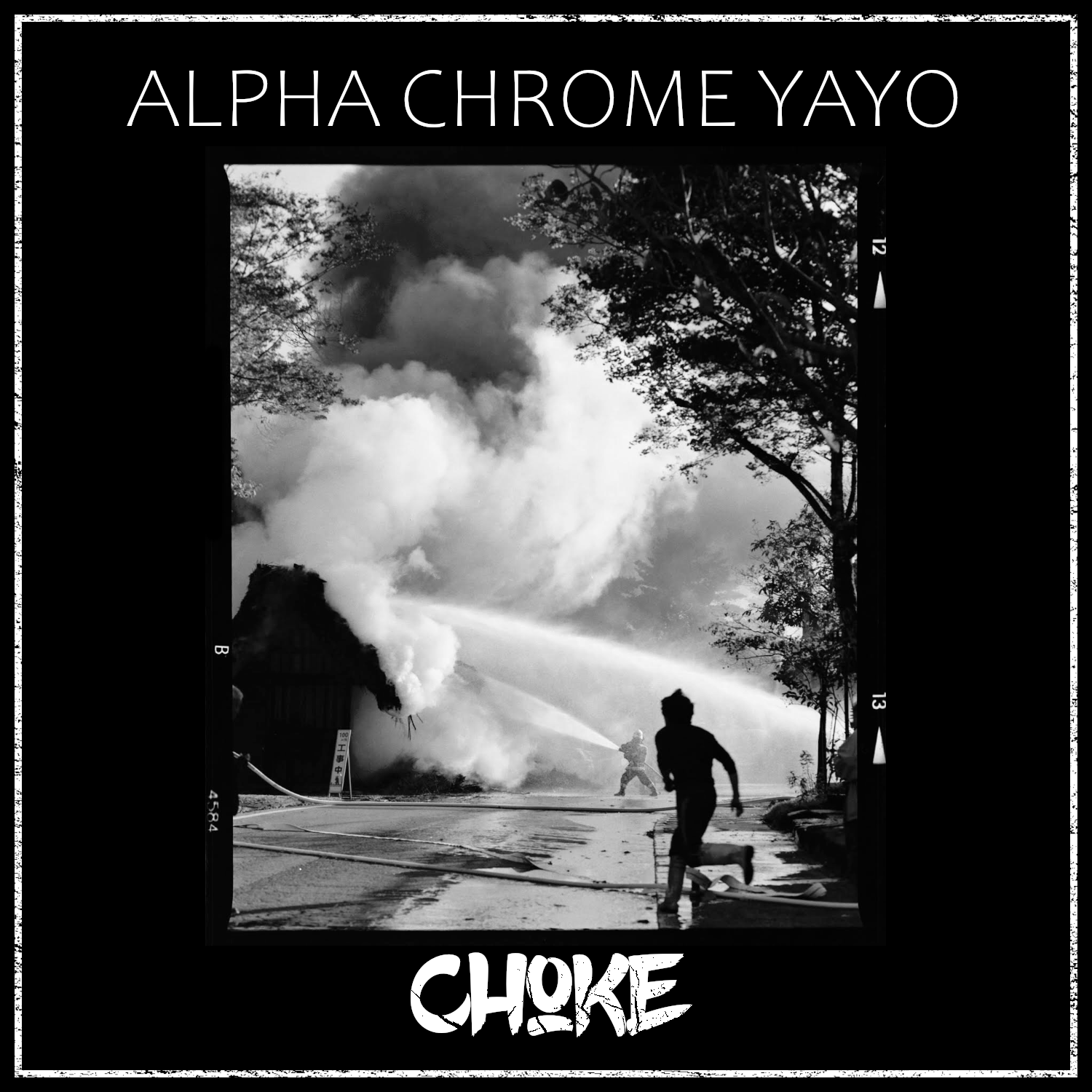 It's a little after midnight in the dead of winter, streets slick with black ice.

We're about as far from the summer sun as it is possible to be, yet suddenly a familiar sound of the seaside pierces the stillness of the air.

The engine growls low and throaty, tires slowly crunching weakly-salted macadam. But it's the terrible peal of the carnival jingle that sends shivers down my spine. How can something so sweet and innocent sound this menacing and twisted?

The wretched fairground lullaby is warped and woozy, snaking between the houses to lure God knows who, or what, out at this late hour. And for what reason? I hold my breath until it passes. Until the next night.

Yes, CHOKE is inspired by an ice cream truck that rattles past my house late in the evening, its vile song more chilling than any of the freezer contents. Okay, maybe it doesn't leave me quivering in terror quite as much as I suggested above, but there is something deeply unnerving about it. I don't know what that truck is doing, but he sure ain't selling snow-cones.

Moreso than that, it's the arrival of something seemingly innocent into that cold blackness of the midnight world that sends shivers through the soul. It's the time and space where shadows become tangible and dark thoughts take tactile shape. The sweet is suddenly rendered sour and icy air catches in the throat. It stifles. It chokes.

Sure, the opening track, Snuff 'Em Out plays with the carnival tones of the ice cream van, but that stifling feeling of after-dark claustrophobia is one that resonates throughout the entire record.

I mean, come on, with titles like 4am In a Warehouse Freezer and, my personal favourite, Meat Ribbons (the neatest descriptor I could come up with for an exploding face), it's not going to be a jam-and-crumpets picnic of an album.

But to be a little more precise, my intention was to make a record with a sound that captures the otherworldly, somnambulist feeling that imbues everything after a certain hour. A record that sounds like something movie goons and henchmen might listen to. You know, those bit-part characters we only skim the surface of. This is a collection of songs for those unsung denizens of the night.

These people might not be righteous, or good, or even remotely pleasant… but they have a story and I wanna tell it. 'Cos like the album art design (more on that in a minute), life ain't just black and white - it’s all about shades of grey.

So we have lofi grooves. We have smooth chillwave and noir-ish jazz. The tickling of piano keys and Clavinet funk. There are also flashes of abject horror and violence, black metal and discordia. And they sit alongside moments of beauty, of joy… even romance. I guess you could call it a cocktail. And I hope it's one that both gives form to and eases your own nighttime neuroses.

Now, about that artwork. Gary Hill is a good friend of mine and an extraordinary photographer, currently based in Niigata, Japan. I’ve been fervently following his analog photo adventures; images of great beauty from stark landscapes to pastel-hued suburbia. Fairgrounds and forests, shrines and ski-lifts.

When I saw the photograph that now adorns the cover of CHOKE, I was stopped in my tracks. Tucked amidst shots of lush mountain trails and jagged cliffs is this piece showing firefighters battling a raging inferno in Shirakawa-Mura; smoke billowing from a diminutive stall. It is fiercely intense, huge billowing clouds of smoke taking up most of the frame. It’s stifling. It chokes.

But still, there is hope. The flames and fumes are overwhelming, yet, there is a fight.

Aside from the album cover, Gary and I worked closely on the design for the cassette release. I’m hugely proud to say that it features some of his incredible photographs not just inside and outside the J-card, but also LED printed directly onto the body of the tapes. Scenes of snow-capped majesty and industrial decay.

It is the perfect visual accompaniment to the record, and it helped form the sound of it. Soft focus and static meets crisp edges and pointed barbs.

Of course, the influences on the album are rich and varied, from blood-soaked ‘80s anime, to late night jazz bars and kvlt terror. But there’s one particularly important influence, and that is you.

If you’re reading this, chances are you’ve encouraged me in some shape or form, from buying my music, to sharing warm words and well-wishing and beyond. I’m so thrilled to have people supporting me so fervently, giving me the ability to push myself into strange new territories. In a world that so often chokes, you keep me breathing.


I hope you enjoy the record.