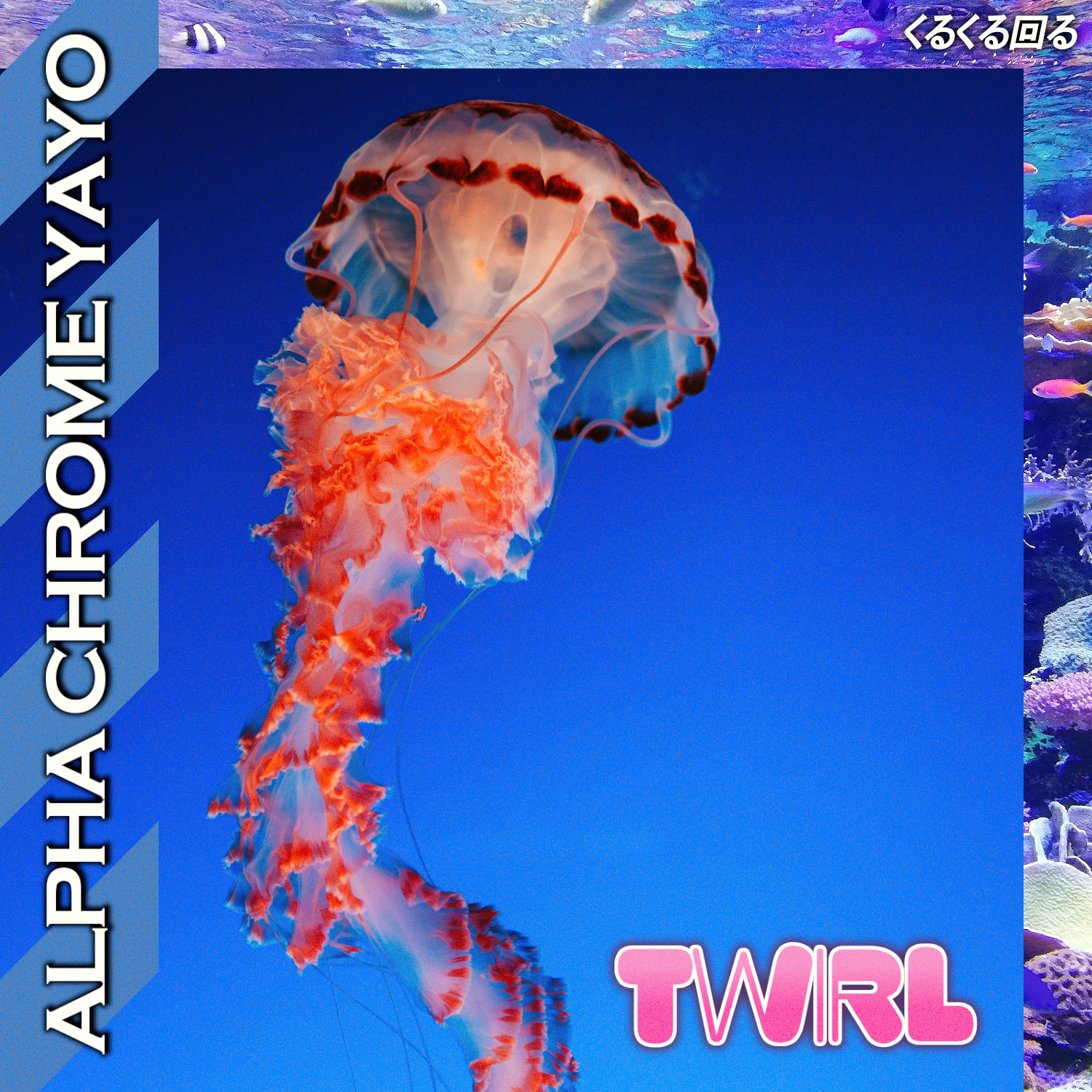 A sound-palette straight out of the Encarta era.

That’s my elevator pitch for Twirl; the snappy sentence to sell it on, and I stand by it. But what does it actually mean?

Encarta - the CD-ROM offline only encyclopedia that long pre-dated Wikipedia et al - typifies a certain ‘90s sensibility. It paints pictures of vintage computer art and abstract renders, a time when going online wasn’t just ‘the internet’, it was the World Wide Web, the Information Super Highway. It was an adventure.

And all this without the sneering aftertaste of irony that permeates so many aspects of pop culture post-Y2K.

As it happens, I didn’t have Encarta in the ‘90s (although I did use it in school). I was a Macintosh user, starting with the Performa 630. There was an excellent CD-ROM encyclopedia that came bundled with it but, for my sins, I can’t remember the name of it. If anybody is reading this who might know, give me a shout!

I did, however, spend a lot of time learning everything about that computer inside and out. I consumed endless Mac magazines that my very kind parents would scoop up for me on a weekly basis, devouring tips, tricks, demos and killer apps. Not to mention the small selection of games that made it onto Mac OS. I still have, and treasure, my Myst journal - filled out by both me and mum. Maybe some day we’ll complete it.

Mac or PC, something that united all computer users from that era was a sense that possibilities were limitless. This was reflected across media as a whole, but something that particularly grabbed me was how it started to inform music.

All of a sudden you had rock bands releasing games (Iron Maiden’s awful Ed Hunter springs to mind, as does Aerosmith’s sort-of-genius proto-Guitar-Hero rhythm game). And, coming full circle, music in games started to evolve at a rapid pace.

With the advent of the CD-ROM came a whole new era of incredible soundtracks, on home computer and console alike. The thrill of barreling down a Wipeout course with a thumping tune by Orbital or The Prodigy was just wild.

But something I personally preferred was, and still is, the beautiful, strange scores of artists like Spencer Nilsen. In particular, his work on the Sega CD port of Ecco the Dolphin (and its sequel) stands up as one of my all time favourite soundtracks, and was a huge influence on Twirl - in particular my track Hadopelagia.

The Sega CD and Sega Saturn in particular seemed to exemplify an incredibly broad church of wonderful, shimmering synth sounds. They were luxurious and experimental, often steeped in new age. To put it crudely, to me they sounded like the internet felt. Not the internet of Zuckerberg and toxic trolling. The internet of strange, personal Geocities websites, of adventure and wonder, and endless possibilities. The Encarta era, in aural form.

That is precisely what I want to celebrate with Twirl. I mean, damn, I’ve rambled on a few hundred words and I’ve scarcely talked about it.

But maybe I don’t need to say too much, maybe that’s an adventure to go on yourself. If you’ll indulge me though, I will offer a few insights.

First off, there’s a marked difference between Side A and Side B; the former is noisy, even brash, while the second side is understated - almost ambient - with little in the way of drums. My intention here harks back to Ecco the Dolphin, and a marine theme that resonates throughout the whole release.

Almost every title has an underwater theme, and I really liked the idea that, as the record progresses, we go deeper and deeper underwater. I took up transcendental meditation shortly after starting work on Twirl (which the ‘90s me probably would have scoffed at). Something I love about it is - at its very best - it feels a bit like sinking to the ocean floor, and I always want to go that bit deeper.

Twirl takes us to the bottom of the hadopelagic zone, the deepest part of the ocean, some 36,000 feet underwater. It takes its hellish name from Hades, and consists of long, narrow, V-shaped depressions. It is pitch black and thinking about it feels at once somehow scary, and comforting. It is unexplored and exciting - just like those early internet adventures.

It’s not all ambient eeriness though; Twirl is full of happy, raucous, bubbling grooves, and slow, smoky jazz. It’s got short, snappy interludes, my own nod to the particularly experimental oddities that often occupied special zones in ‘90s computer games. With the name itself, Twirl, I hoped to paint pictures of dancing, of rainbow-hued marine life making a riot of colour. Of my dog spinning round and round on the spot with excitement.

I tried very hard to capture the energy and unexpectedness of the Encarta era, and I really hope that comes across. Although perhaps beyond all else, it’s a record about comfort, joy, and homeliness. It reminds me of the digital companionship of my first computer, but that’s not meant to sound lonely. It’s something the whole family enjoyed, from the Myst sessions with my mum, to making funny pictures and showing my dad.

The outro track is called ‘Fire’s Lit’. Now, the phrase ‘cellar door’ is often cited as being the most sonically pleasurable phrase in the English language (as anybody who has seen Donnie Darko will tell you). But for me, I’ll swap those two words for ‘Fire’s Lit’.

Certainly it rolls off the tongue nicely, but there’s meaning behind it too. At this time of year when the nights are long and dark, the air sharp and crisp, it’s lovely to cosy up by the glow of a fireplace. When visiting my parents around Christmastime, it’s such a pleasure to ring and say I’m on my way and to hear them say that simple, joyful phrase ‘fire’s lit’.

And with that, I’ll wrap this up. The night is getting cold, and my wife will be home soon. I’ve got a fire of my own to light.

I hope you enjoy the record.